Is the nation more divided? A new polarization metric.

I analyzed over 12000+ job approval polls split between adult democrats and adult republicans to extrapolate how ‘polarized’ the US became over time.

Here is the result from Obama’s 2 terms and Trump’s 1st up to February: 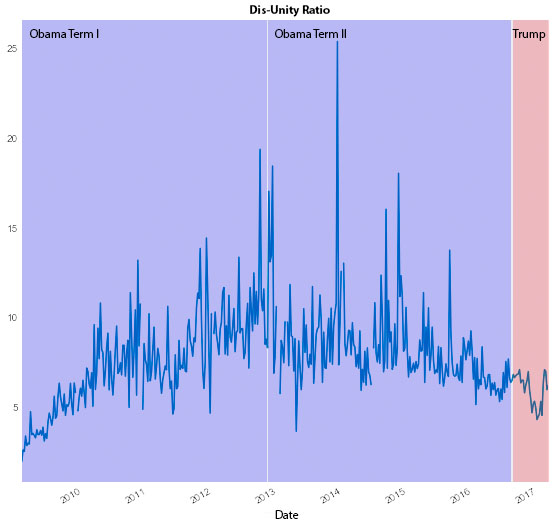 I am awaiting data from other presidencies to see if there is a general trend between presidents or over time. I will also add major events in the timeline that might account for some spikes.

This site uses Akismet to reduce spam. Learn how your comment data is processed.